Buy The Dead Game on Amazon

The small town of Oasis offers tourists a promising glimpse of paradise with its sparkling white-sand beaches, majestic coastline, and legendary sunsets. But suddenly, life changes in the remote town…people begin to disappear, and some even turn up dead on the beach. Overnight, the town turns from a dream vacation spot to an unsafe haven harboring dark secrets and murder. It all begins with the mysterious invitation to a party at End House. It is a night that neither Linda Bennett nor her friends would ever forget. From this night forward, they find themselves unwillingly trapped as pawns in a deadly game…caught in a deepening quagmire of deceit and horror…in a power play between good and evil. To save themselves and the town, they must reveal the true face of evil-the one controlling the game and its elusive players. Will the young residents be drawn into the dark currents surrounding Oasis, or will they break free, and bring a new light into their spellbound town? Splendidly crafted, expertly paced, with richly drawn characters, The Dead Game is a perfect supernatural thriller…with a touch of romance. 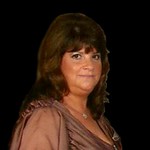 Susanne Leist graduated with an M.B.A. in Finance. Wherever life has led her, through the hectic commodities’ markets or the number-crunching field of budgeting, she’s continued to read and daydream. Unbeknownst to her, she had been pursuing her dream all along, her dream of putting her words down on paper for everyone to enjoy. She lives on Long Island with her husband, two daughters, and Maltese.
Her first book, The Dead Game, is a paranormal thriller with humans, vampires, and vampire derivatives. Her goal has been to write a book different than the usual vampire story or murder mystery. She wanted a murder mystery with victims, clues, and suspects. She created that and much more. The book has revolving rooms, traps, falling cages, and anything her active imagination could create. The Dead Game is a fun ride into the realms of the supernatural.